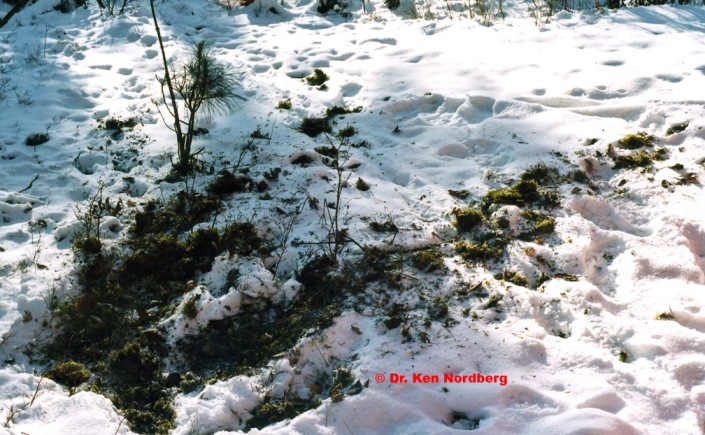 Buck ground scrapes can provide great buck hunting if hunted properly. The trouble is, a score of old and new myths have been misleading American whitetail hunters who key on scrapes for centuries. Does are in heat while bucks make and renew ground scrape is one. Ninety percent of scrapes are made and renewed during the 2–3 weeks before breeding begins. Bucks make scrapes to attract does in heat is another. Scrapes are actually no trespassing signs, made by bucks to mark intended breeding ranges and warn other bucks to keep out. Does urinate on scrapes to let bucks know they are in heat is another. That’s silly. Bucks can smell pheromone emitted by does in heat two miles away. Many products available today make it impossible for whitetails to smell hunters is a new myth. These are only a few. As a result, many hunters key on scrapes during periods bucks are least likely to visit scrapes and load scrape sites with long-lasting human trail scents and airborne human odors that accompany airborne buck lure scents. To top it off, many hunters also use calls that poorly imitate buck grunts and rattle antlers unnaturally, making it doubly easy for approaching bucks to identify and avoid hunters near scrapes well before they can be seen.

Some truths to keep in mind when hunting scrapes are as follows. In northern states, the annual frenzy of making scrapes typically begins about mid-October when temperatures begin dropping below freezing at night (archery hunting season). For the most part, it ends when breeding begins (firearm hunting season in Minnesota). Once their scrapes are initially made, bucks generally renew them (paw the dirt and add tarsal musk) once every 24-48 hours unless it is unseasonably warm, stormy or a hunter has been discovered nearby. By the final week of this period, dominant breeding bucks of each square mile (sometimes two) run off all lesser antlered bucks (lower in their local buck pecking orders), after which only scrapes of dominant breeding bucks are renewed. Bucks (except yearlings) forced off-range, generally take refuge in small (1–2 acre) areas until breeding ends, some making and regularly renewing scrapes in their hideaways.

While scouting for a scrape to hunt, never approach a scrape or the trail along which it is located nearer than 20 yards (deposit no lasting human trail scent there). Select a stand site 20 yards (more for gun hunters) away, downwind (preferred) or crosswind of the scrape. Never stand hunt upwind and never approach your stand from upwind. To ensure you will be able to hunt a scrape from downwind or crosswind, whatever the wind direction, select two or more scrapes to hunt that are 100 yards or more apart and different directions from your stand sites and approach trails.

Though upon reading this, many hunters will refuse to believe it, but your odds of seeing the buck that made the scrape will be much improved if you use no lure scent (buck lure scents can be effective if used in other ways in other areas). Use no call or rattling antlers. The buck’s own ground scrape and total silence should be your only lures.  Though it is now known products claimed to eliminate human odors cannot fool noses of K-9 dogs and whitetails, use them anyway to at least minimize your odors. Downwind bucks and other deer that smell you will then be far less apt to abandon their ranges.

If you hunt two days in a row, dark to dark, near a scrape that was previously renewed, but don’t see the buck, the buck knows you are there and is now avoiding that scrape or the scrape was made by a lesser buck that was run off by the dominant breeding buck or the buck only visits the scrape at night, meaning it’s time to move silently to a different scrape.

This is not the end of my scrape hunting tips. My next blog will cover certain scrapes during another period of time that are almost certain to provide you with an opportunity to take a big buck.