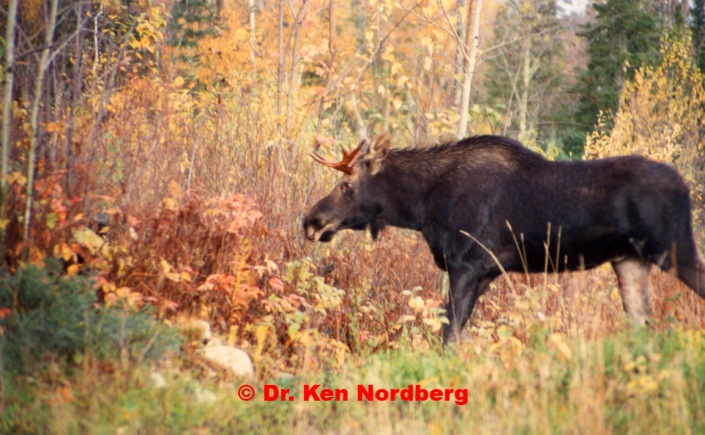 Some statements made by our MDNR Commissioner (I wasn’t paying attention at first but I believe it was Commissioner Landwehr) in a recent newscast were so incredible that I felt obliged to do something about it. I sent a report to the MDNR that explains what has been happening to whitetail, wolf and moose numbers in my St. Louis County Whitetail Study area since 1990 and further explained why the commissioner’s plan for increasing moose numbers would be a terrible mistake.

The commissioner mentioned reducing deer numbers by half in northeast Minnesota to restore our dwindling moose population to, among other things, save our reputation as a state famous for “moose-watching.”  He also mentioned moose numbers are fine on Isle Royal where there are no deer, the implication being obvious. This was a startling revelation.

As you know, I am a writer well known for my hunting-related studies of whitetails (plus black bears and wolves) in Minnesota and elsewhere in the U.S. since 1970. I have published thirteen books based on my studies since 1988 and I am about to publish two more. I have written more than 700 articles about whitetails and whitetail hunting for various outdoor magazines since 1980 and I’ve been a feature writer, writing about whitetails and whitetail hunting, for MidWest Outdoor Magazine throughout the past 25 years. My primary whitetail study area since 1990 is located in St. Louis County.

Knowing you are an avid deer hunter and being my State Representative, I am sending a copy of my report to you for two reasons: 1) I want someone in our state government to understand why the commissioners plan is a mistake and 2) if our state government has any influence over what our DNR proposes to do, it would be good if this plan could somehow be discouraged by representatives in our state government (if for no other reason than it needs more study). I sincerely hope what you and others learn from my report will help influence those who favor reducing deer herds in the Arrowhead to change their minds.