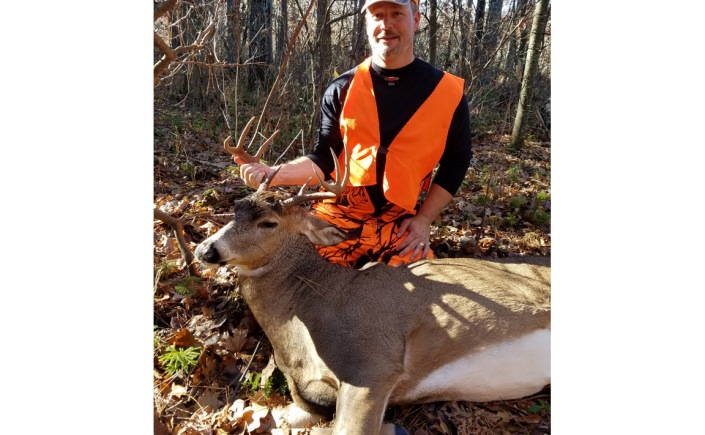 During the past decade or so, a lack of snow has become an almost regular feature during the first week of our November firearm deer hunting seasons in Minnesota. This year (2016), daytime temperatures were in the 50s, 60s and one day even in the 70s during the first week, an amazing change from our once usual sub-zero temperatures during the same calendar period in past decades. A lack of snow and visible deer tracks in snow has not only made whitetail hunting more difficult for Minnesota hunters, but especially this year, upon taking a deer, hunters were forced to quickly find a way to preventing spoilage of their venison due to excessive heat.

Realizing our ability to key on mature bucks was now being severely handicapped by a lack of visible deer tracks in snow, my hunting partners and I quickly began using what we expected would be a less effective variation of our favorite hunting method, opportunistic stand hunting, relying mostly on fresh doe droppings rather than now less commonly found fresh tracks made by bucks to keep close to bucks. Logically, because the first of the three two-week periods of breeding was in progress (beginning November 3rd), we decided to key on (stand hunt near) more commonly found fresh — soft and shiny — half-inch-long droppings made by unalarmed, mature does, hoping any thus selected to hunt near was currently in heat and accompanied by a dominant breeding buck (generally the biggest buck in the surrounding square-mile).

What we discovered while doing this was somewhat amazing. Ordinarily (while temperatures are normal for the period), there are very few lesser antlered bucks within a dominant buck’s 1–2 square-mile breeding range when breeding begins, having been driven off by the dominant duck during the previous two weeks. By mid-October when sub-freezing temperatures are common at night in Minnesota, winter coats of our whitetails are fully developed, preparing them to survive long periods of temperatures as low as 45 below zero during the coming months. For this reason, Minnesota whitetails are not as physically active while it is unusually warm during the latter half of October and November. Bucks are then less inclined mark their intended breeding ranges with antler rubs and ground scrapes. Something more happened this time: our dominant breeding bucks had obviously become less diligent about searching for and running off lesser bucks before and while breeding was in progress. For the first time ever during my 46 years of studying whitetails, younger antlered bucks were common wherever there were mature does (some likely in heat) during the first two weeks of November. This wasn’t true everywhere. Much of our hunting area is yet devoid of does due to losses during past severe past winters and continuing depredation by excessive numbers of protected grey wolves. Though our deer numbers were down and fewer deer were seen on the move during daylight hours, most that were seen were lesser antlered bucks. We actually saw more antlered bucks than does. Initially, we felt we’d be fortunate to take two mature bucks this year. Though we failed to tag a dominant breeding buck, quite surprisingly we took our self agreed on limit of four antlered bucks set during previous years (intended to prevent overhunting of bucks) rather handily: two 3-1/2 year-olds, one 2-1/2 year-old and one yearling.

If global warming means we can expect similar changes in habits and behavior in northern whitetails in the future (frustrating changes for hunters using old, traditional hunting methods), skilled stand hunting near very fresh droppings made by unalarmed does appears to be a way to enjoy great future buck hunting regardless.