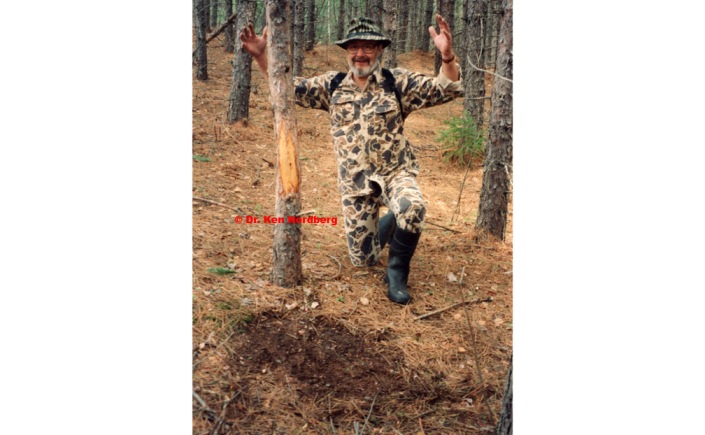 And more. As intended by bucks, antler rubs are easy for other whitetails to smell, being laden with scalp musk, and spot. They are signposts of intended breeding ranges of bucks. A rub is easy to spot because bucks spend considerable time scraping bark from tree trunks with their antlers to expose the brightly colored wood beneath. Depending on when they are made and where, antler rubs have different meanings. 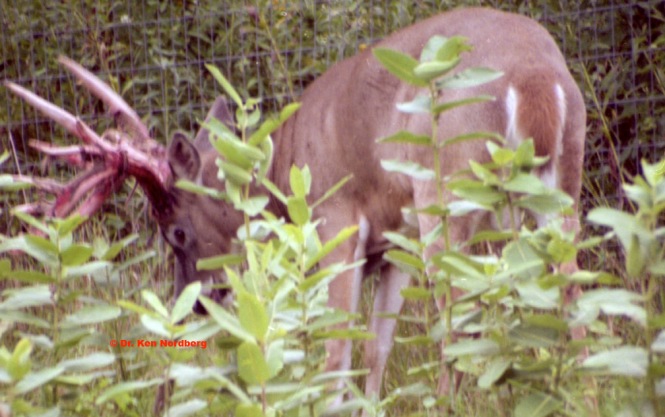 A nice buck. He is almost finished removing his velvet. He just swished his rack through some milkweed.

The first new rubs of the year are made about the first of September by bucks rubbing deteriorating velvet from their then fully developed antlers, usually on small diameter tree trunks or woody multi-stemmed shrubs, within or very near their spring and summer-long bedding areas. About 90% of rubs of larger sizes are made during the 2–3 week period before the first of the three 2-week periods of breeding begins in November (during which lesser antlered bucks are chased from their ranges by dominant bucks). While testosterone and resulting aggressiveness is peaking in bloodstreams of antlered bucks at this time, many older bucks also make 6–30 rubs within their bedding areas. Some rubs, especially those made by dominant breeding bucks, are renewed repeatedly (made bright again by further rubbing and re-scented with scalp musk). 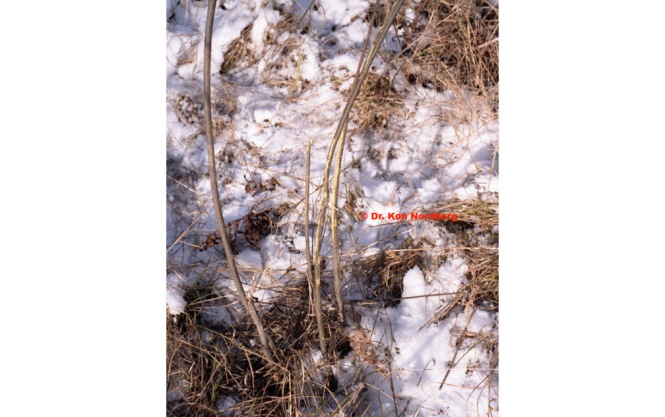 Example of a Rage Rub

While breeding is in progress, enraged dominant breeding bucks commonly display threatening behavior (rage) in sight of lesser bucks that dared to return and shadow does in heat they are accompanying by quickly mangling with their antlers small trees, shrubs or branches overhanging their ground scrapes.