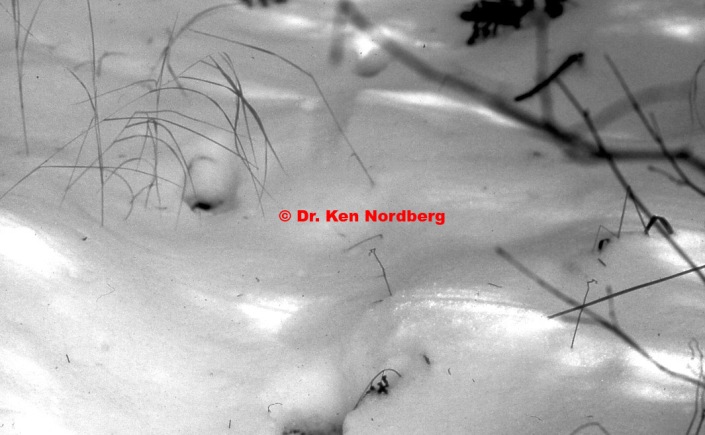 Your first goal when selecting and preparing a stand site should be to make your stand site and and yourself as difficult as possible for approaching or passing whitetails to discover. Your second goal should be to make your stand site as productive as possible, more a matter location, location, location. The following seven characteristics I eagerly search for in a stand site these days have provided my hunting partners and me with 25 years of the greatest buck hunting success in 72 years of whitetail hunting:

While preparing a stand site these days, the more you move about it and the area where you expect a quarry to appear, the more you handle objects and alter the appearance of the area and the more time you spend at the stand site, the easier it will be for approaching or passing whitetails to identify your stand site via smell before and during the following hunting season. Too much and too long a preparation is too much preparation. Also keep in mind, the more you use a stand site during a hunting season, the greater the intensity of deer repelling human odors will become.

Similarly, the more you do to attempt to lure a mature buck to a stand site, especially one near a ground scrape freshly made or renewed by a dominant breeding buck — using a lure scent, a call or rattling antlers, for example — the easier it will be for that buck to discover you while still a safe distance away. Allowing a freshly renewed ground scrape to be your only lure, keeping well away from it, remaining absolutely silent at your downwind or crosswind stand site and moving very little and very slowly is deadly, mature-buck-effective stand hunting.

There’s more, a lot more. To assure success, both you and your stand should:

Though you may not see as much of the feeding area as you’d like to while hidden back in the timber, you, your necessary movements and your stand site will be far safer from discovery by approaching or passing deer. The hunting value of your stand site will likely last longer as well. Moreover, almost every deer you see will be unsuspecting and moving slowly — an easy target. One unsuspecting desirable quarry moving slowly a short distance away, most commonly earned via skilled stand hunting, is worth a hundred deer bounding headlong away through dense cover.

Next Blog: Avoiding being smelled while stand hunting.