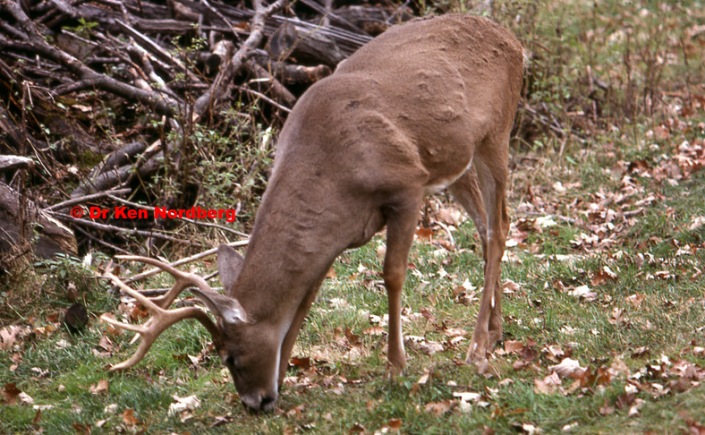 Where do whitetail hunters spend most of their time while scouting and hunting? On or near deer trails. There are five reasons: 1) deer trails are easy to identify, 2) easier to travel on foot on than on off-trail routes, 3) they reduce the likelihood of becoming lost, 4) today’s hunters spend much of their time trying to lure antlered bucks to sites along trails marked with ground scrapes and 5) other than farm fields and clear-cuts, most hunters are unable to identify whitetail feeding and bedding areas, generally located well away from much used deer trails. It’s a shame because feeding areas are hubs of all whitetail activities. The odds of seeing unsuspecting deer moving about there via skilled stand hunting are much greater there than anywhere else. Moreover, feeding deer are generally easy targets.

The trouble is, all whitetails have several feeding areas, their selection on any one day influenced by wind direction, available approach cover and previous discoveries of hunters along the way. A mature whitetail will readily abandon any feeding area after one or more hunters are discovered nearby — likely occurring within hours, or at best, within a day and a half. To enjoy superior odds for hunting success, then, the hunter should locate several feeding areas while scouting and plan to hunt each no longer than ½ to 1-1/2 days, always cautiously approaching well concealed stand sites 10–20 yards short of edges of feeding areas from downwind in the morning and crosswind in the afternoon. To set up all this, the serious hunter should spend plenty of time scouting off-trail 2–3 weeks before the opener.