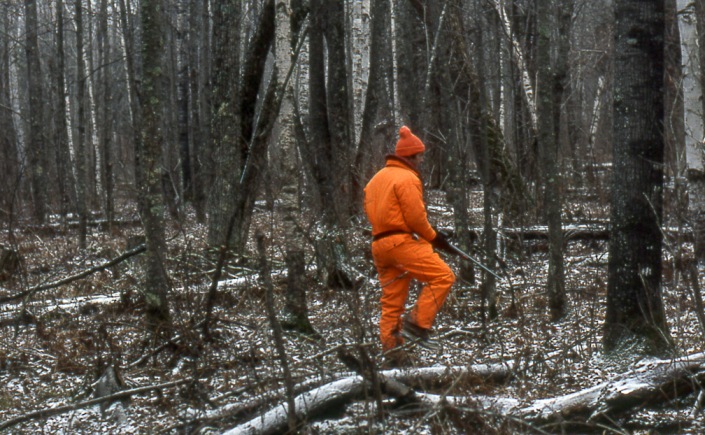 Today there are still a lot of whitetail hunters who can’t stand the thought of sitting in one place for hours at a time. Such hunters prefer to keep moving on foot, calling themselves still-hunters. The trouble is, today’ popular form of still-hunting is not particularly productive for taking mature whitetails. It can be made more productive, but to understand how, it is important to understand why today’s still-hunting is not particularly productive. Having been an avid still-hunter for more than a decade (beginning in 1960), I am qualified to describe it as a restless walk in the woods, in the process frightening an awful lot of deer enough to make them abandon their ranges and/or become nocturnal early during a hunting season. Ironically, little about still-hunting today can be mistaken for anything having to do with the word “still.” Occasionally halting to scan ahead while sneaking or walking like most still-hunters imagine it should be done fools few if any whitetails older than fawns or yearlings. No hunter is easier for mature whitetails to identify via hearing and seeing within 100–200 yards and thereafter avoid. It’s the reason still-hunters today can wander throughout an entire square-mile of whitetail habitat without seeing any of the usual 15 to 30 deer living there. Whoever originally coined the name of this method of hunting obviously had something more in mind. When the word “still” in still-hunting includes being still for a while, still-hunting can actually become a very productive way to hunt whitetails.

As even most stand hunters fail to realize, it is nearly impossible for tall, heavy, big-footed humans to walk through the woods without making sounds and movements easily recognized by mature whitetails considerable distances away. Sounds made by a typical still-hunter not only reveal the hunter is a human, but worse, a dangerous deer hunting human. A human who sneaks or walks softly and often halts to scan ahead, occasionally changing direction, makes sounds very similar to those made a stalking or trailing wolf or bear, though much louder and more frequent. A hunter often stopping in the woods sounds nothing like a feeding deer like most still-hunters imagine. Dead branches frequently snapping loudly means a human is approaching. Bears, wolves and even moose rarely make such sounds — just soft footsteps with very infrequent, very soft twig snaps. Moreover, experienced whitetails know motions made by something taller than a walking bear or wolf can only be made by a human or a moose. The difference in appearance between the two is so great that a positive identification is quickly made by all experienced deer.

To add to a still-hunter’s failings, everywhere the hunter wanders, he or she lays down a yard-wide trail of scents most feared by whitetails, easily smelled and recognized four or more days afterwards. 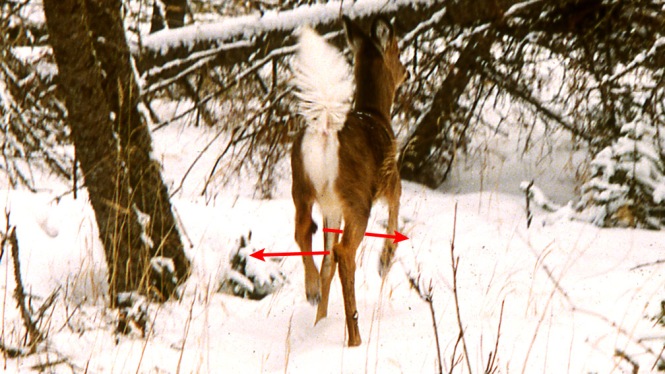 Every whitetail along the way that raises it tail and bounds away lays down a trail of ammonia-like scent emitted from its tarsal glands which also can be smelled up four or more days by other deer. This odor warns all downwind deer within 200 yards something dangerous is near. 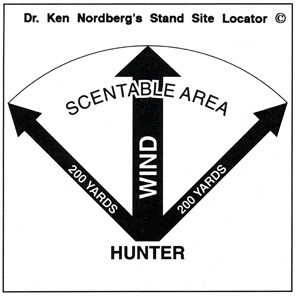 Meanwhile, wherever the hunter walks, airborne scents characteristic of human hunters only, including human breath and the strong odor emitted by rubber boot soles, sweeps across the landscape within a triangular area up to 200 yards wide 200 yards downwind.

Don’t miss Part II or my latest You Tube presentations.