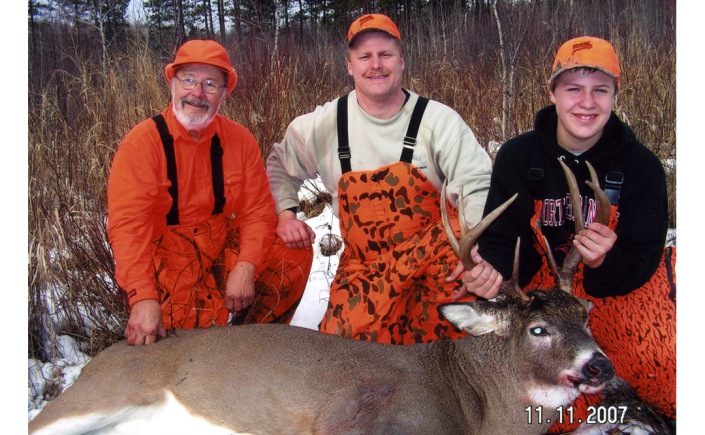 Having made it possible for first-timers – children, grandchildren and invited friends – to take trophy bucks their first time in deer camp myself, I can offer a couple reasons why it happens.

First, the first-timer’s experienced benefactor – father, grandfather, uncle, friend – was anxious to ensure their hunting success and therefore did a great job of selecting a stand site for them, one with plenty of fresh signs made a trophy buck nearby.

Second, the experienced benefactor later led the first-timer to the stand site – their approach made obvious to the nearby trophy buck by their audible human footsteps and other sounds. After getting the first-timer settled at the site, the benefactor then walked away – making audible human footsteps and other sounds that convince the nearby trophy buck the human hunter(s) have left the area, making it safe to resume normal activities there. Soon thereafter, the first-timer somehow manages to control his or her emotions enough to accurately fire at the approaching trophy buck.

Having met many youngsters at Sport Shows (where I was presenting hunting seminars) over the years who were anxious to show me photos of trophy bucks they took during their previous first hunting seasons, I have often been amused by assumptions they made after taking such a buck. “I don’t need to learn more about how to hunt big bucks because as this picture proves I already know everything about how to do it,” was one. “I’ve got a perfect spot to take a big buck every year,” was another.

So much to learn.