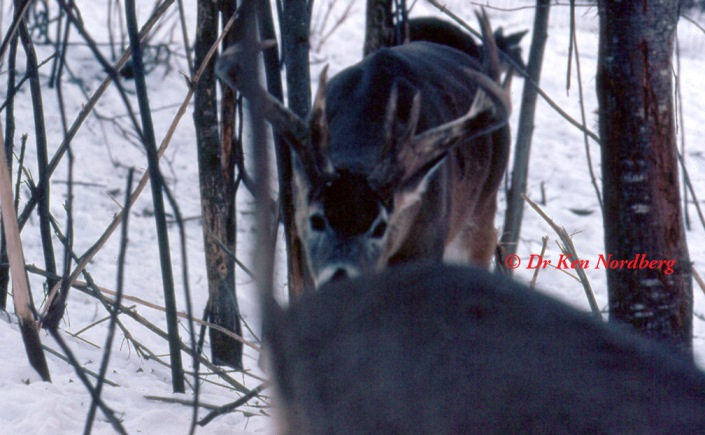 About 85% of whitetail fawns are born in May, beginning about the 23rd. The gestation period (the period between the day a doe is bred until its fawn is born) is 201 days. This means about 85% of does are bred during the first two-week period of the whitetail rut beginning about November 3rd—always triggered by a specific, annually recurring ratio of darkness to sunlight. This means breeding is not in progress when about 90% of antler rubs and buck ground scrapes are being made between mid-October and the first days of November as many hunters have long believed. Deer are not “really ruttin’” until early November. During the 2–3 weeks before breeding begins, all antlered bucks are merely establishing or attempting to establish intended breeding ranges by marking them with easy-to-spot, musk-laden rubs and scrapes. By the time does begin emitting the pheromone that announces they are in heat, the most dominant of bucks will have forced lesser antlered bucks (bucks lower in their pecking orders) to flee off range and remain off-range until breeding ends in mid-November (some of which will attempt to sneak prematurely, sometimes often, especially yearling bucks).