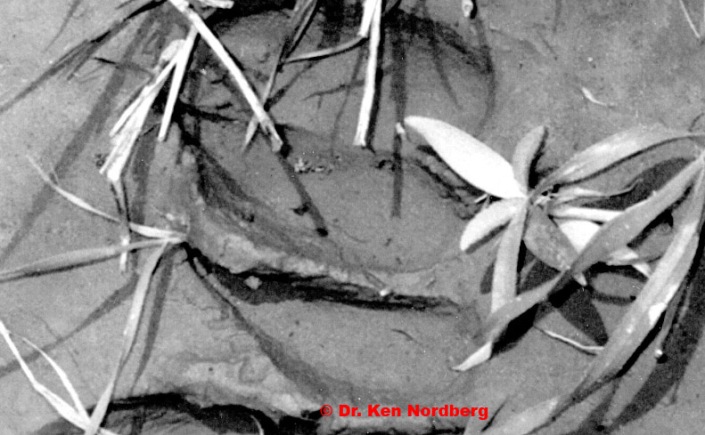 In a few days my sons and I will head north to do our annual spring scouting (started in 1980). Most of our time will be spent searching for and measuring various sizes of fresh deer tracks and droppings—absolute evidence of the existence of various sizes of deer of both sexes that currently live our hunting area. We normally scout in late April, right after after snow melts, before sprouting leaves begin to make deer signs difficult to find and before blood-crazed ticks, mosquitoes, gnats and black flies become numerous. This year, we have to wait a bit because eight or more inches of snow still covers the ground in our hunting area. Because we hunt mature bucks only, the fresh tracks and droppings that most interest us are those made by mature bucks—signs that reveal these deer are now resettled in previously established home ranges or newly settled in ranges of bucks we tagged last fall. Fresh tracks and droppings made by mature does are not ignored because, like those of mature bucks, they reveal does have resettled in their previously established home ranges (4–5 per square-mile) where they’ll be located while in heat in November. In spring we can find the deer signs we search for rather quickly because we know where to look for them: in previously identified whitetail home ranges, in bedding areas and feeding areas, at previously used watering spots, on certain deer trails and at sites of interest discovered on a recently made aerial photograph of our hunting area. Such range elements rarely change in location from year to year except where logging has occurred. After two days of spring scouting and placing long lasting cattle-type mineral blocks where they will benefit mature bucks, we will again return home knowing exactly where to concentrate our efforts next fall while engaged in our most prolonged, most difficult, most important and most productive pre-hunt scouting and field preparations.

Locating big bucks in spring generates excitements that lasts all summer. It makes my sons, grandsons and I much more thorough while preparing for the coming hunting season. That’s good, but as opening day draws near, it also causes us to daydream more and more and make it increasingly difficult to fall asleep at night. When you think of the few things in life that can make these things happen, you have to reaize taking a big buck is something pretty special, well worth some extra effort, scoutng in spring, for example.